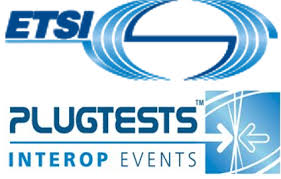 BroadWay will be contributing to the 5th ETSI MCX plugtests event which will take place as a remote-only event from 21st September to 2nd October 2020.

WHAT ARE THE OBJECTIVES AND SCOPE OF THE PLUGTESTS EVENT?

The goal of the MCX Plugtests event is to validate the interoperability of a variety of implementations using different test scenarios based on 3GPP Mission Critical Services in Release-15. The MCX Plugtests event will, besides mission critical features which have been tested in past MCX Plugtests, be extended to initially test railways-oriented capabilities in 3GPP Release-15, a step towards new FRMCS (Future Railway Mobile Communication System).

The tests are based on 3GPP, ETSI and IETF standards, and are designed for the following equipment:

The purpose and scope of the MCX Plugtests event are to test independently and jointly all components of the MC communication chain. The test cases are available in ETSI TS 103 564.

BroadWay presentation at the 3rd I4CM in Warsaw

On 3 September, Sanja Holen (PSCE) presented the BroadWay project at the occasion of the…

On October 23rd 2020, David Lund, coordinator or BroadWay, will be participating as an expert…

The European Investment Bank (EIB) has published the study "Accelerating the 5G transition in Europe",…